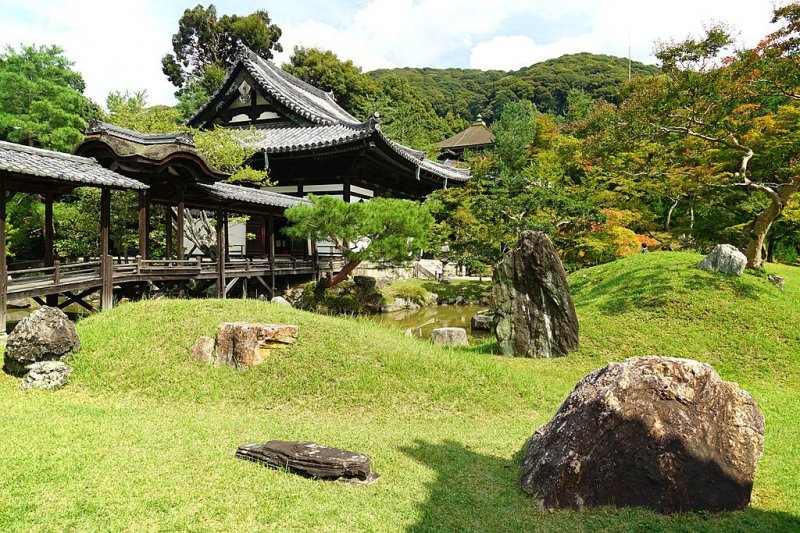 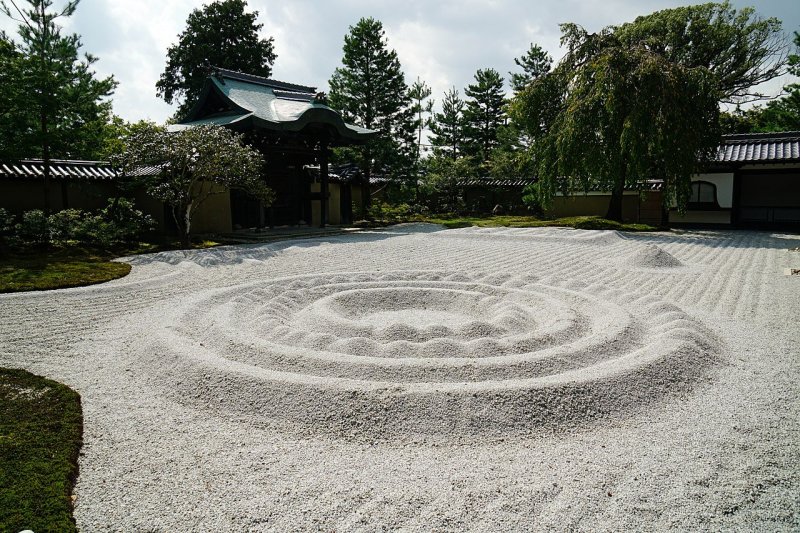 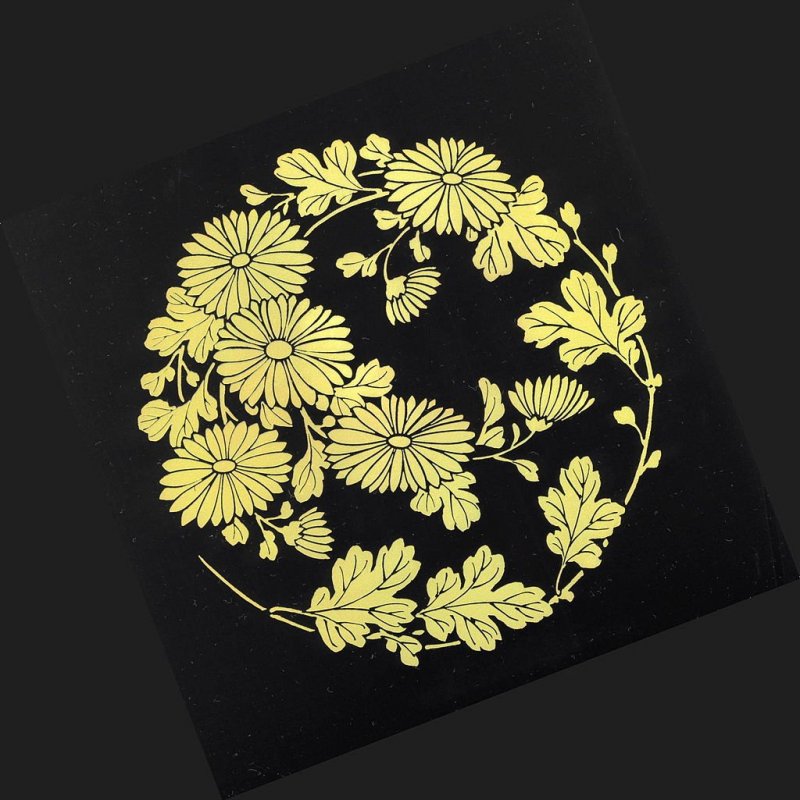 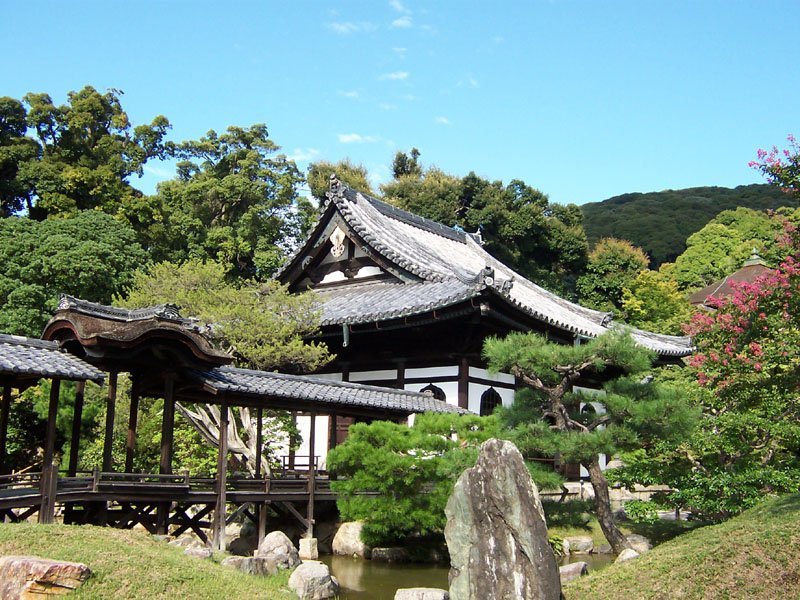 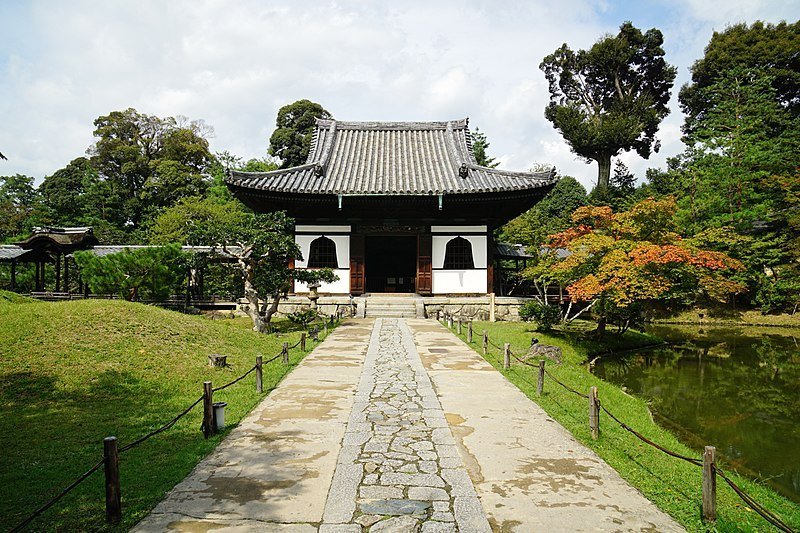 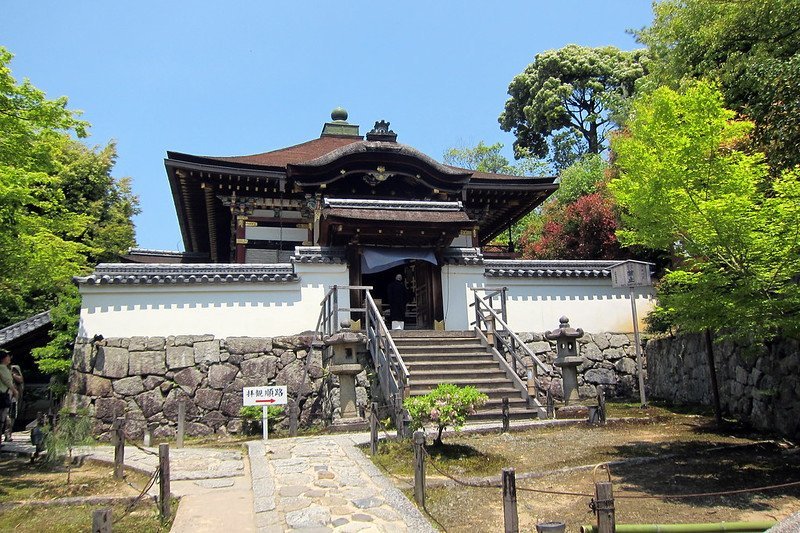 The Kodaiji is located northeast of the Yasaka Hokanji Temple at the foot of the Higashiyama Ryozen Mountains in Kyoto. The official name of the temple is Kodaiji-Jushozenji Temple. In 1606, the temple of Kita-no-Mandokoro was dedicated in memory of her late husband. Kita-no-Mandokoro was also known as nene. The Kaisando (Founder's Hall), Otama-ya (Sanctuary), Kasatei (Tea House), Shiguretei (Tea House), Omotetmon (Gate to the Sanctuary), and Kangetsudai (Moon Viewing Pavilion) are designated as important cultural assets in Japan.

The temple garden is said to have been designed by the landscape gardener Kobori Enshu (1579-1647). The Japanese government has designated the garden as a historic site and a place of scenic beauty.

The interior of the main building was originally painted with lacquer and covered with exquisite gold decorations. However, the current building was rebuilt in 1912 after several fires. Kodai-ji hosts modern art exhibitions in spring and fall. These are set up in the rock garden in front of Houjyo and are creatively illuminated at night.

Maruyama Park is the oldest public park in Kyoto and a popular springtime cherry blossom viewing spot. It opened in 1886 and is located next to Yasaka Shrine in Higashiyama District. The park was laid out by the well-known gardening expert Ogawa Jibee (1860–1933). As it is one of the most popular places for hanami in Kyoto, it can get quite crowded during the high season in April. The main attraction of the park is a beautiful weeping cherry that is illuminated at night. In the southwest of the park is the Chorakukan Villa, which the Japanese tobacco king Murai Kichibee had built. This property is now used as a hotel.

The Yasaka Cry, located in the Gion district in Kyoto, is often referred to as the Gion Shrine. The shrine is one of the most famous shrines in the city of Kyoto and is located at the end of Shijo-dori Street. The grounds of the shrine include several buildings and gates. Including the main hall and also a stage. Every year, Yakasa Shrine hosts numerous events and festivals that are important to the Japanese and is a popular destination for many visitors to Kyoto City. The Yasaka Shrine respects the gods Susanoo-no-mikoto, Kushiinadahime-no-mikoto, and Yahashira-no-mikogami. Above all, Susanoo-no-mikoto is an important god in Japanese mythology, known for his victory over Yamata-no-orochi (a great serpent with eight heads: a symbol of numerous disasters).

Kennin-ji is a historic Zen Buddhist temple in Higashiyama, Kyoto, Japan, near Gion, at the end of Hanami Lane. It is considered to be one of the so-called Kyoto Gozan or "five most important Zen temples of Kyoto". [Wikipedia]