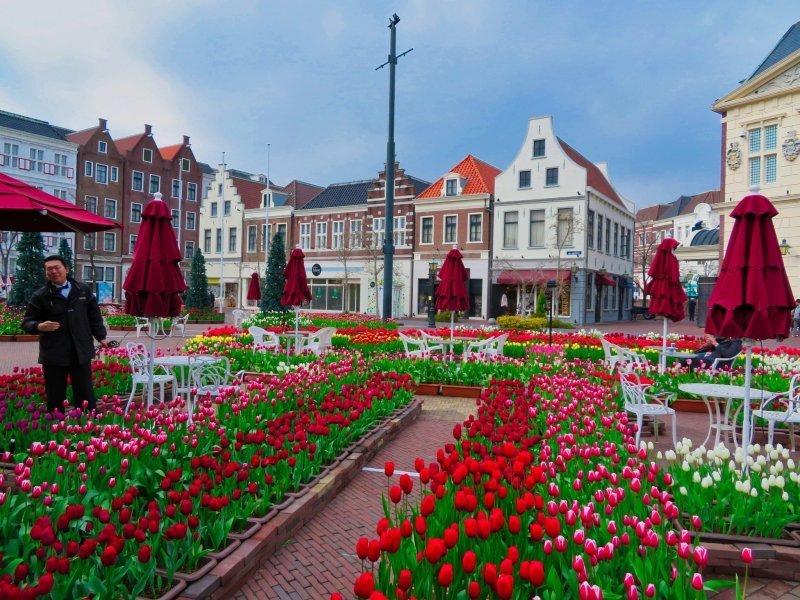 Huis Ten Bosch is one of the largest theme parks in Japan and is located in the south of Kyushu near Nagasaki. The park recreates a Dutch city, since the Dutch started trading with Japan in 1609 not far from the location of the Huis Ten Bosch palace in the Netherlands Visitors can discover picturesque canals, windmills and beautiful gardens.

Various events take place at different times of the year, for example a tulip festival in spring and a fireworks competition in summer.

The resort is divided into two areas: the theme park zone and the harbor zone. The theme park zone houses a modern theater with 3D technology. There is also a haunted house, a mirror labyrinth, a ferris wheel and much more. The main attractions of the harbor zone are a theater and a replica of the Huis Ten Bosch palace, which houses an art museum.