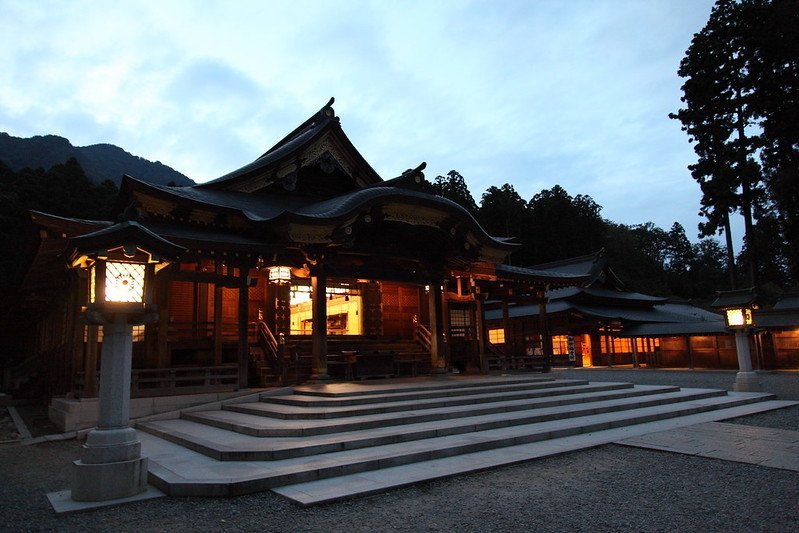 The Tahiko-Jinja, also called Iyahiko-Jinja, is a Shinto shrine in the village of Yahiko in the Nishikanbara District of Niigata Prefecture

In the current ranking system of Shinto shrines from the time before the Second World War, the Yahiko-Jinja shrine is classified as a national shrine of middle rank. The name for it is (kokuchei chusha).

The shrine's annual festival is held on February 2nd. This solemn shrine, located at the quiet foot of the 634-meter-high Yahiko Mountain, is popularly known as a place of power of love and happiness.

When the shrine was built and its early history has not yet been fully clarified. However, the shrine is mentioned in an old poem from the Nara period, where when another building was built in the 8th century, the actual shrine was already in place.