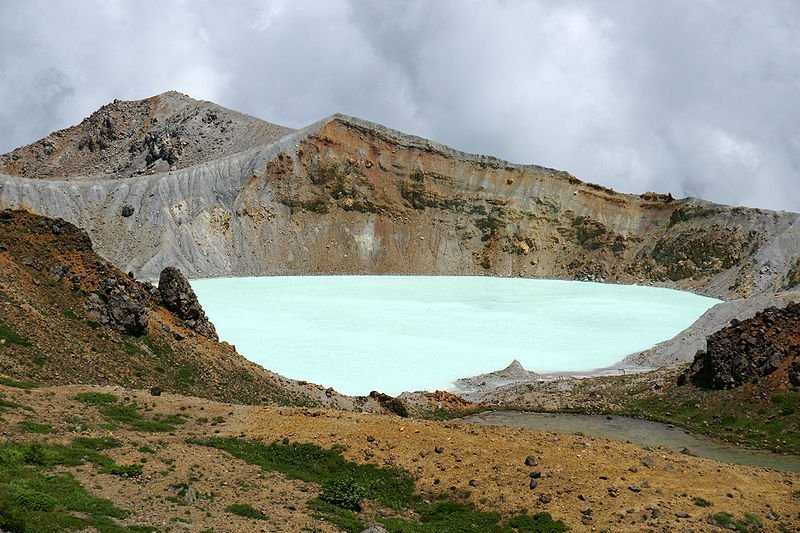 The Kusatsu Shirane Mountain (also called Shirane Mountain) is an active stratovolcano in Kusatsu, Gunma Prefecture. It is 2,160 meters high and is located immediately north of the Asama volcano. The volcano last erupted in 1983 and 2018.

As of January 23, 2018, the summit of the volcano has been off-limits to the public. This closure includes the three crater lakes.

One of its greatest features are the three crater lakes on its summit. The largest of these lakes is the Yu-gama crater lake, which offers an incomparable sight with its turquoise-blue water. It is also the most acidic lake in all of Japan.

The summit of Kusatsu Shirane Mountain is easily accessible on foot via its various hiking trails. However, it is also possible to cover a large part of the route by car. However, due to the danger of volcanic activity, certain areas of the volcano may be temporarily inaccessible